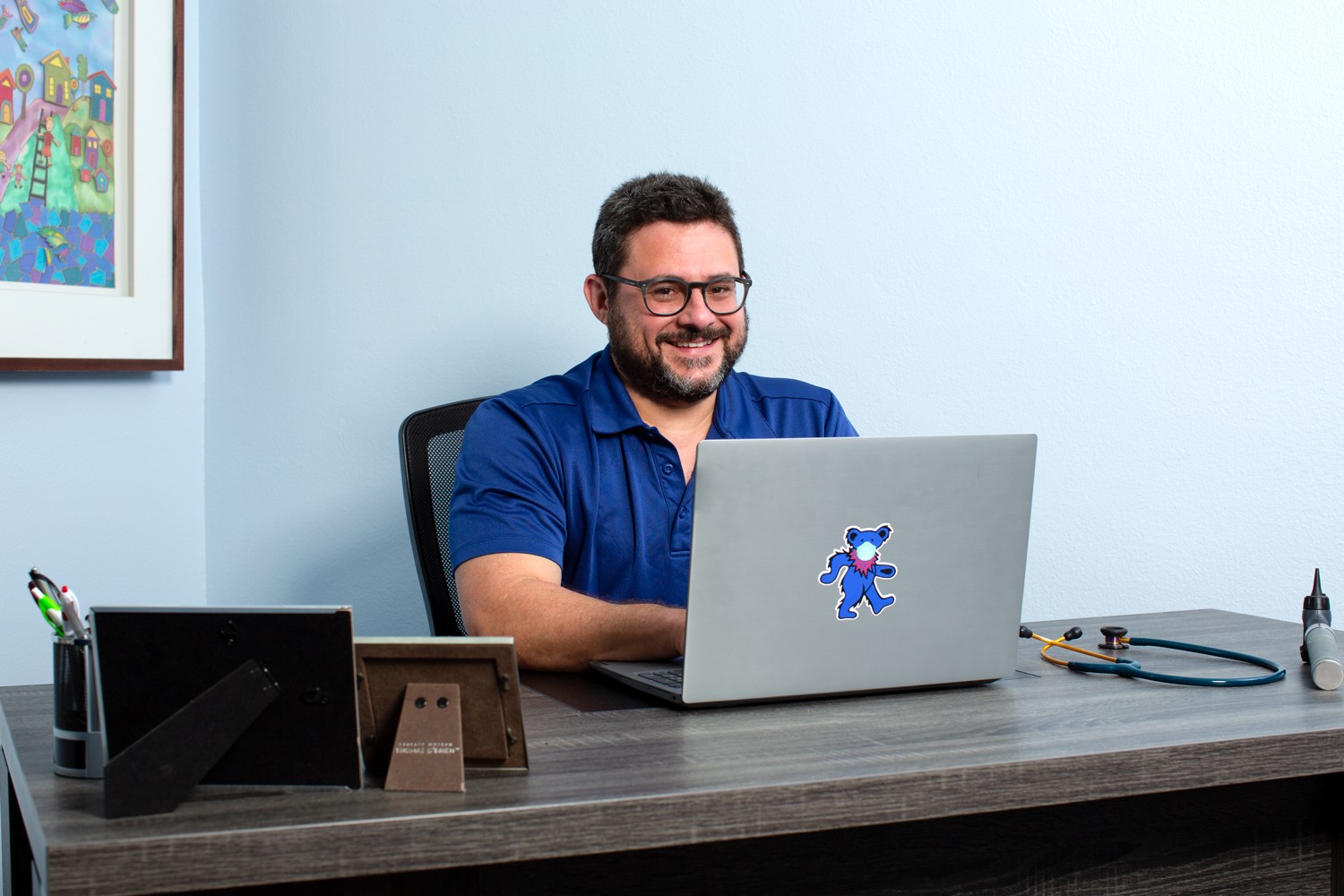 Sree is studying lab sciences, trained in dentistry, and researches and writes on various health-related topics.

Smoking Weed While Breastfeeding: What to Know

The medical uses of cannabis, which had been used as medicine since 2900 BC until its criminalization in the 1920s and ’30s, are now being reexamined.

Many positive benefits are being explored. Several studies have demonstrated the therapeutic effects of cannabinoids for nausea and vomiting in many illnesses like cancer and AIDS. Controlled studies demonstrate that cannabinoids may be useful in the treatment of asthma and glaucoma, as an appetite stimulant, anticonvulsant, anti-spasmodic, and as an antidepressant. More research is needed to verify its medical use, but many states and countries have already legalized cannibis for medical use.

Marijuana use, in both the short and long term, also has a long list of negative side effects, including addiction or dependency, respiratory problems, and increased risk of heart attack, as well as risks of mental illness and psychological problems. Its negative effects on memory and brain development may be long-lasting or permanent. Cannabis use during pregnancy may increase the risk of neurobehavioral problems in babies and is associated with low birth weight.

Marijuana Use and Pregnancy

Although the effects of cannabis use on breastfed infants has not been fully explored, more research has been done to explore the effect of cannabis exposure on the unborn fetus. Marijuana use by those who are pregnant has been shown to correspond with the child’s lower birth weight, smaller head size, cognitive deficits (learning, attention, and memory issues), aggressiveness, impulsivity, affective disorders, and a greater likelihhood of developing a substance use issue later in life.

But what are the effects of marijuana use on a mother’s milk?

If the mother uses cannabis, what are the effects on the breastfed baby?

Do the possible benefits of THC outweigh its possible harms?

These are excellent and very important questions. Very little research has been done on the effects of marijuana on breast milk and babies, but you will find the limited research described and analyzed below.

Cannabis Use Among Breastfeeding Mothers

According to the World Health Organization (WHO), 2.5% of the world population—about 147 million people—use cannabis for a variety of different reasons, and some of these people are breastfeeding mothers. The most recent reports show that, among pregnant women aged 18 to 25, cannabis use is on the rise.

For whatever reason, a breastfeeding mother will want to know what effect her marijuana use may have on her milk and her baby.

If I Use Marijuana, Will It Affect My Breast Milk?

Yes. Although published data is limited, it appears that the active components of marijuana are indeed excreted into breast milk in small quantities, whether it is eaten or smoked, depending on how much and how often the mother uses. The more cannabis a mother uses, the greater the amount of THC there will be in her breast milk.

The Effect of THC on a Breastfeeding Mother’s Milk

We know that delta-9-tetrahydrocannabinol (THC), the active compound in marijuana, readily binds to brain receptors and alters brain function. Once THC is bound in the brain, dopamine is released, altering sensory perception and mood. But how will this affect a breastfeeding mother and her baby?

Research on Breastfeeding and Marijuana

Due to the legal and ethical considerations of administering cannabis to nursing mothers, much of the data on this subject is taken from random breastmilk samples and anonymous polls rather than controlled studies.

Is THC Excreted in Breast Milk?

THC can be found in breast milk. If a mother uses marijuana, most of the THC is excreted via her feces, urine, tears, and sweat. If the mother is producing milk, a small amount of THC will be excreted through the milk, as well. Chronic marijuana use can also be detected in the fatty tissues (like the tissues of breasts) where THC accumulates and stores for long periods. Compared to blood, breast milk carries a much higher concentration of THC. One study showed that a mother’s breast milk has a THC concentration eight times higher than her blood plasma.

Do Babies Absorb THC From Breastmilk?

Yes, breastfeeding babies do absorb the THC. Any THC in the mother’s milk will be passed on to and stored in the baby’s body. Traces of THC compounds were found in the urine and feces samples taken from infants of marijuana-using moms, indicating that the THC had been absorbed from the breast milk, metabolized, and excreted by the infants. Babies who breastfed from mothers who used cannabis have tested positive for THC in their urine for up to 2 to 3 weeks after drinking the breast milk.

How Will a Breastfed Baby Be Affected by Mom’s Marijuana Use?

Again, although some of these studies were very small and every study needs duplication and verification, here’s what the studies show so far:

For How Long Will THC Stay in Breast Milk?

It might take between 5 to 12 days for the THC to be eliminated from the body, but since THC is stored in fat tissues (and breasts are composed largely of fat tissues), it’s hard to say for sure. Retention of THC depends on three things: the frequency and amount of use of cannabis, the mother’s metabolism, and the baby’s.

If I Use Marijuana, Should I Switch to Formula?

Because of the cumulative effect of THC storage in breast milk and breast fat, most experts agree that if the mother uses cannabis frequently, breastfeeding is not recommended.

Note: Smoking is never recommended near a child.

Cannabis and Breastfeeding Mothers: What Do Doctors Recommend?

What do medical doctors say about a breastfeeding mother’s cannabis use? We asked Dr. David Berger, a board-certified pediatrician with more than 25 years of clinical experience who also specializes in pediatric medical cannabis, who said that “until more research is done to determine the amount of THC in breastmilk is inconsequential to a developing brain, I recommend my patients avoid exposing their baby or toddler to it.”

Should a cannabis-using mother breastfeed or not?

Dr. Berger said that “if, on occasion, the mother needs medical cannabis to treat a condition not controlled by other therapies (e.g., to break a seizure or treat a debilitating migraine), pumping and dumping breast milk for 24 hours could be an acceptable option. If there is a chance the nursing mother will need to ingest medical cannabis to treat her own medical issues, and they wish to avoid giving the baby formula, I encourage her to pump and properly store a supply of breastmilk for such instances.”

What about a mother who uses CBD, CBG, CBN, or CBGa?

We asked how Dr. Berger counsels women who use non-intoxicating cannabinoids (CBD and CBG for anxiety, depression, and panic attacks; CBD and CBN for sleep; and CBGa for pain and inflammation), and he said that “While much more research is needed on these as well, I feel more comfortable with a nursing mother using these cannabinoids because they do not cause the euphoric high produced by THC.”

What about a mother’s daily use of marijuana?

What Do Professional Lactation Consultants Say?

One published study was done to review lactation consultants’ recommendations about breastfeeding and marijuana use. Out of 74 participants. . .

Cannabis does not appear to adversely affect the amount or duration of lactation, but more studies are needed to determine the effect of marijuana use on milk production.

Will a child’s growth be affected by the mother’s marijuana use while breastfeeding?

One prospective study in a middle-class Canadian population found no effect of maternal marijuana use during lactation and breastfeeding on the child’s growth and weight gain over time, but more research is needed.

Should I stop breastfeeding?

Which is worse: losing the benefits of breastfeeding or risking the potential harm of contaminated milk? As with all specific health concerns, the answer depends on the particulars of the situation, and every mother should talk to her doctor and carefully weigh the pros and cons.

What if a breastfeeding mother is addicted to marijuana?

It appears preferable to encourage mothers who can’t stop using marijuana to discontinue breastfeeding and make every effort to avoid exposing the baby to marijuana smoke in order to avoid potential health repercussions for her child. It’s also important for her to consider how marijuana may impair her judgment and ability to care for her child.

What if the father uses marijuana?

Even fewer studies have been done on the effect of cannabis use on fathers, but some evidence shows that a father’s use of marijuana may increase the risk of sudden infant death syndrome (SIDS) in infants.

How long does THC remain in the infant?

Babies who breastfed from mothers who used cannabis have tested positive for THC in their urine for up to 2 to 3 weeks after drinking the breast milk.

How Safe Is Marijuana Use by Breastfeeding Mothers?

The truth is, we don’t have enough information to answer this question responsibly. Statistically speaking, the data available is not strong enough to conclude whether marijuana use is safe for lactating moms and their babies or not. Until there are more reliable and rigorous studies performed, mothers will have to talk to their doctors and decide for themselves what to do.

In making that decision, it might be helpful if you ask yourself these questions:

If you answered “no” to any of these questions, then choosing not to use marijuana while breastfeeding is probably the best course of action for you and your baby.

Cannabis Use While Breastfeeding

The Risks of Smoking Pot While Breastfeeding

This content is accurate and true to the best of the author’s knowledge and does not substitute for diagnosis, prognosis, treatment, prescription, and/or dietary advice from a licensed health professional. Drugs, supplements, and natural remedies may have dangerous side effects. If pregnant or nursing, consult with a qualified provider on an individual basis. Seek immediate help if you are experiencing a medical emergency.

What Parents Need To Know Before Getting Their Kids Vaccinated