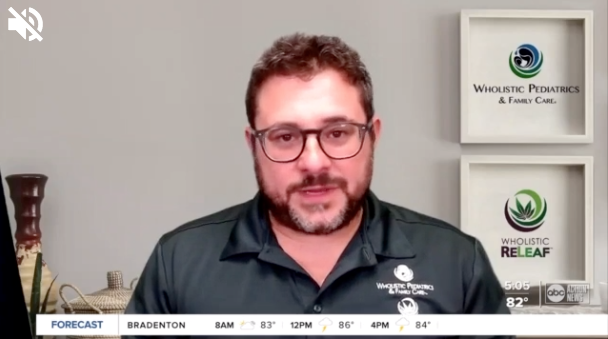 An emergency order put in place during the pandemic made it easier for those needing medical marijuana to get it. The order expires on June 26.

TAMPA, Fla. — Barbara Cepelak says she’ll do whatever it takes to get her son his medical marijuana.

After 28 years of daily seizures and countless medications, Cepelak says a CBD patch applied to his arm changed everything.

Her son, Shaun who will turn 30 in July finally has relief from almost all of his seizures and is sleeping through the night for the first time in his life.

“The seizures are very intense when you have them. If people see him having one, they’re totally freaked out. It’s not easy to watch,” said Cepelak.

Shaun lives with cerebral palsy and has been on a feeding tube and in a wheelchair his entire life.

“There is not one thing he can do physically or mentally on his own, ” said Cepelak, who is the full-time caregiver for her son.

During the pandemic, Cepelak said most of his doctor visits changed from in-person to telehealth, something she considers a silver lining. It could take hours just to get Shaun dressed and loaded in the car for a 15-minute appointment across town.

“That’s one thing I’ve enjoyed about the pandemic,” she said.

Cepelak was even able to re-up Shaun’s medical marijuana certification via telehealth thanks to an emergency order signed by Gov. Ron DeSantis during the pandemic.

Florida law requires those who rely on medical marijuana to be evaluated and recertified by their provider in person every seven months. However, the emergency order allowed providers to recertify with individuals virtually.

The emergency order expires on June 26 forcing many back to in-person visits.

For Barbara Cepelak, it’s the difference between 15 minutes on a virtual chat compared to the three hours it could take to get her son to the office.

Dr. Berger has been advocating for telehealth flexibility since medical marijuana first became legal in Florida.

Recap of important historical events that took place on that day.

RELATED: School board fires Florida teacher for medical marijuana use

Berger says cannabis patients are often in debilitating pain where they struggle to walk or move. Many suffer from seizures and some might not be able to sit in a car for an extended period of time due to autism or other behavioral health challenges.

Berger wants the state legislature to amend the law to permanently allow telehealth visits for cannabis recertification. In the meantime, he thinks Gov. DeSantis should extend the emergency order to save people like Barbara Cepelak from a daunting visit every seven months.

10 Tampa Bay reached out to the Governor’s office to see if he’ll extend the emergency order. We’ll update this story if we hear back.

Biomedical Treatments for Neurodevelopmental and Other Chronic Conditions (slideshow)